Chlorine – What Is It Doing To Your Health?

Water chlorination was first introduced 1897 the town of Maidstone, Kent. Following a serious outbreak of typhoid in Lincoln, which was successfully controlled by chlorination of the water supply, the process was implemented throughout Britain beginning in 1905.
Chlorination is a very effective method of destroying pathogens, including  bacteria, viruses, and protozoans in water and nobody can deny that it has saved many lives over the years since its first introduction.
However, there is also a darker side to this method of water disinfection.

So what effect does it have on human health when used in drinking water?
A major issue is that chlorine can react with naturally occurring organic compounds found in the water supply to produce trihalomethanes (THMs) and haloacetic acids (HAAs). Trihalomethanes are known to be carcinogenic (cancer causing); this may be why, according to the U.S. Council of Environmental Quality, the cancer risk to people who drink chlorinated water is 93 percent higher than among those whose water does not contain chlorine.
That means you’ve almost twice the risk of developing cancer by drinking municipal ‘safe’ treated water than water purified by other means. And it’s not just ingestion where the dangers occur.

Research from the University of Nijmegen in the Netherlands discovered that people who swam in chlorinated pools or polluted waters as children had 2.2 to 2.4 times the risk of developing melanoma compared to those who did not swim in chlorinated waters.

Chlorine’s effects on health can include:

However the activity which represents  the greatest potential long term health risk from chlorinated water is your daily shower. Chlorine vapourises at a lower temperature than water resulting in chlorine vapour being inhaled during showering which can then enter directly into the bloodstream.

So Any Good News?

Many governments have abandoned the use of chlorine for water disinfection and replaced it with safer alternatives such as ozone treatment and ultra-violet light (which does kill Legionella). Britain & Ireland however have generally declined to employ these alternative methods, though some water authorities use UV light in conjunction with chlorination Why? Simple, chlorine is cheap, but only if you don’t factor in the cost of the health issues it contributes to.
So is there any good news regarding chlorine in your home’s water. Well, yes… due to its reactive nature, it is very easy to remove. Most home water filter systems will remove 99%+ of the free chlorine in the water, leaving your water safe and bringing peace of mind to those using it

Carbon block, granular activated carbon (GAC), KDF, Active Ceramic and reverse osmosis filters will all remove chlorine; often such media are used in combination in filter cartridges for greatest effect..(Only stand-alone sediment filters will not do so.)

Mention should also be made of chloramine, a compound of chlorine & ammonia which is inreasingly being used in water treatment as a supplemental disinfectant to chlorine. Chloramine has a number of safety issues with regard to long term health and is more problematic to remove. For a fuller explanation of chloramine and its removal from the water supply please refer to our article ‘Chloramine – Are You Drinking It?‘

Chlorine - What Is It Doing To Your Health? 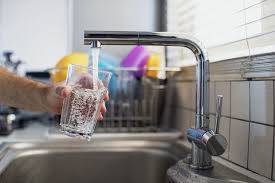 The reason chlorination is so effective against such a wide variety of pathogens is because chlorine, a member of the halide group of elements, is a highly aggressive chemical and is toxic to most life forms, (the Legionellas pathogen has considerable resistance however),  attacking most living cells, including the body’s beneficial bacteria particularly in the gut, the health of which has a major influence on the overall health of the body.