Why Use A Water Filter in the UK?

How Safe is the Water Coming from Your Tap?

Well, one reason is the very process that is employed for achieving the eradication of the pathogenic micro-organisms.

A number of methods are available to disinfect water, these include the use of ultra-violet light, ozone disinfection and the use of powerful chemicals, chief amongst which is chlorine and inreasingly chloramine (chlorine + ammonia). Once they have done their work in killing any micro-organisms that are present they remain in the water and are consumed by the end user – every day, year after year. Chlorine is so effective on pathogens because it is a highly reactive, aggressive chemical and this property does not change once its left the treatment plant

There is now a growing body of evidence to suggest that there may be serious detrimental health effects associated with the long term ingestion of chlorine, these include an increase in breast cancer rates, bladder cancer, colorectal carcinomas (1) and aggravation of conditions such as asthma and psoriasis. In addition there are detrimental effects on hair and skin generally. It should also be understood that the greatest point of entry in to your body often is not consumption but the daily shower where the chlorine is vapourised and breathed in to the lungs, entering directly in to the bloodstream. So effective as chlorine is for destrying pathogens, this effect comes at a high price. More on the health implications of chlorine our article “Chlorine – What Is It Doing To Your Health?”

“Chlorine is so dangerous, that it should be banned. Putting chlorine in the water is like starting a time bomb. Cancer, heart trouble, premature senility, both mental and physical are conditions attributable to chlorine, used in treated water supplies. It is making us grow old before our time by producing symptoms of ageing such as hardening of the arteries. I believe if chlorine were now proposed for the first time to be used in drinking water it would be banned by the Food and Drug Administration.”– Biologist & chemist Dr. Herbert Schwartz

There are generally no mechanisms in place for the removal of heavy metals from the drinking water. Often these may enter the water after the processing plant via contact with lead pipes for example. Arsenic often is put into the water as a by-product of adding fluoride and others such as cadnium, aluminium & barium may also be present. Whilst the levels are normally very low they are consumed every day so it is the very long terms effects that we should be concerned with.

Of particlar cause for concern is the presence of hormones, especially oestrogens from the contraceptive pill. Scientists believe the synthetic oestrogen can ‘feminise’ fish at levels as low as one part per billion. Consider this figure for a bit. One drinking glass contains 8.36 x 1024 molecules of water and just one part of oestrogen in a glass is enough to change fish’s sex irreversibly. Not instantly of course, but think how much water you consume on a daily basis.The effect of this on growing children is not fully evaluated but due to the cost of removing these from the water the issue had largely been swept under the carpet.

Other chemicals may include pesticides, herbicides, parabens and other endocrine distruptors.

If you are on a municipal supply this would rarely be a consideration but if you have a private supply then you may need to remove sediment, this is particularly important where ultra violet water disinfection is used as micro-organisms can ‘hide’ in the sediment and avoid sterilisation. For safe removal of all sediment in these circumstances a sediment filter of 1 micron absolute is recommended.

Nobody enjoys drinking a glass of water which smells and tastes as though it has just been taken from the local swimming pool! You may get used to it, but once you have experienced the difference in teas & coffees made from effectively filtered water you would not want to go back to ordinary tap water. Also, having pure clear great tasting water encourages its more frequent consumption which is a great benefit to health.

Choosing A Water Filter in the UK

As you can see there are some very good reasons to install a home water filter if you are concerned for your long term health and that of your loved ones. So what are the choices?

There are two basic options when deciding to install a water filter. One is to filter the drinking water tap using an under counter water filter with perhaps the addition of a seperate shower filter to provide a safe showing enviroment. Such filtration methods include carbon, ceramic and reverse osmosis water filter systems and usually a combination of several types of media to achieve maximum results.

The other option is to filter all of the household water at entry by the use of a whole house water filter giving you the peace of mind of knowing that the water everywhere in the home is pure & safe. For a more detailed look at the issues to consider when deciding what is best for your situation please refer to our blog article ‘Whole House Water Filter v Drinking Water Filter – What’s the Best Choice?’

There are also a number of highly effective portable filters available including a countertop reverse osmosis filter which requires no plumbing.  These consist of gravity type filters requiring no connection or power and which can work anywhere with practically any source of water. Such filters are equally useful on the kitchen worktop as they are as an expedition filter, and are quite able to remove bacteria & a host of other contaminants. For emergency use they are unrivalled as a source of safe water & no household should be without one even where a plumbed in system is already present. Models include the well known Berkey and the all British made Coldstream Sentry. 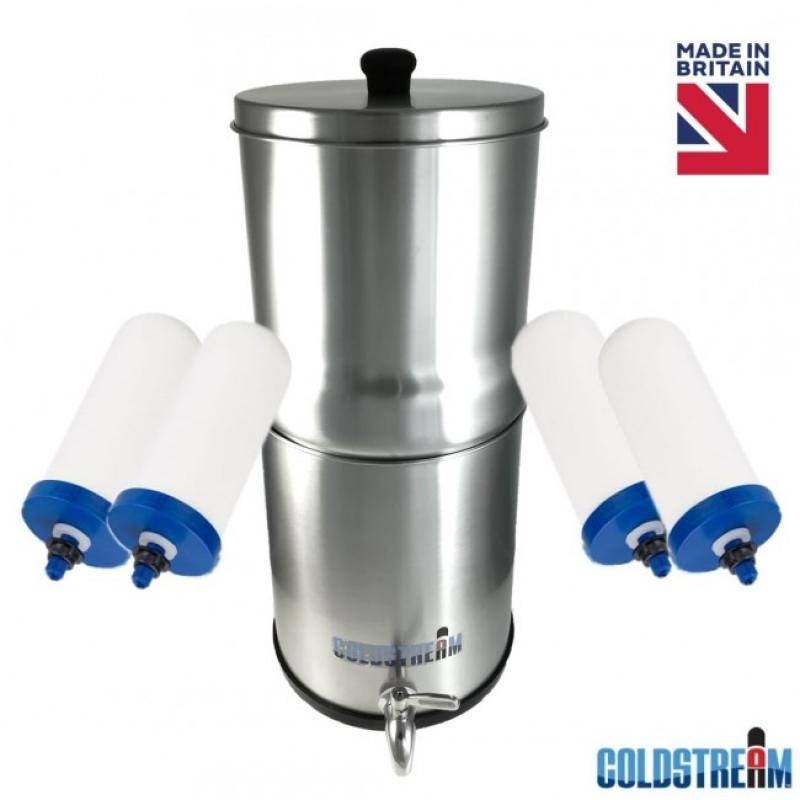 Another relatively recent development is the  Osmio Zero Installation Countertop Reverse Osmosis System. This brings all the benefits of a reverse osmosis water filter, including a re-mineralising filter, in a convenient kitchen countertop format only requiring a 3 pin power socket. Not only does this provide the healthiest water but does so at a choice of temperatures – ambient, warm, hot & near boiling, completely replacing the need for a kettle. 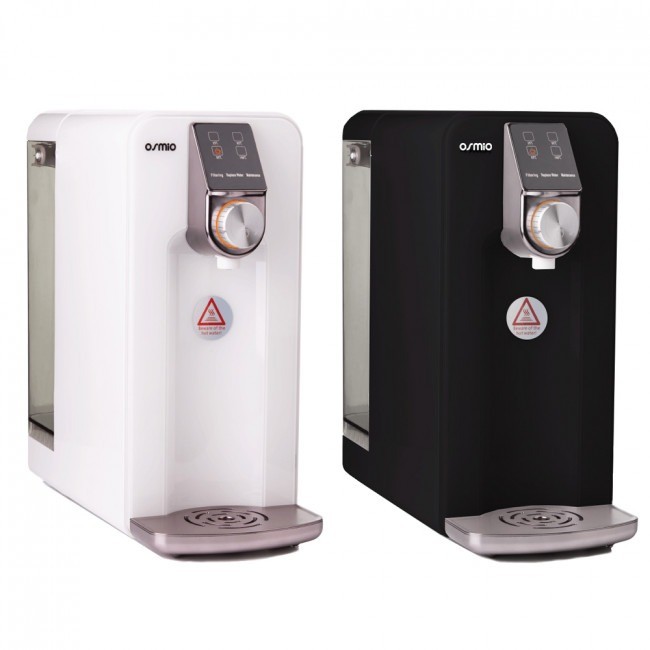 Why Use A Water Filter in the UK? 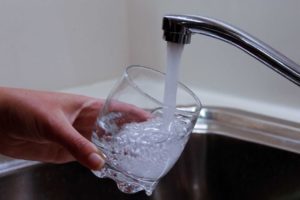 In the UK and generally in the western world the water we receive through our taps is considered to be safe to drink and in terms of water bourne diseases this is largely (though not always) true.